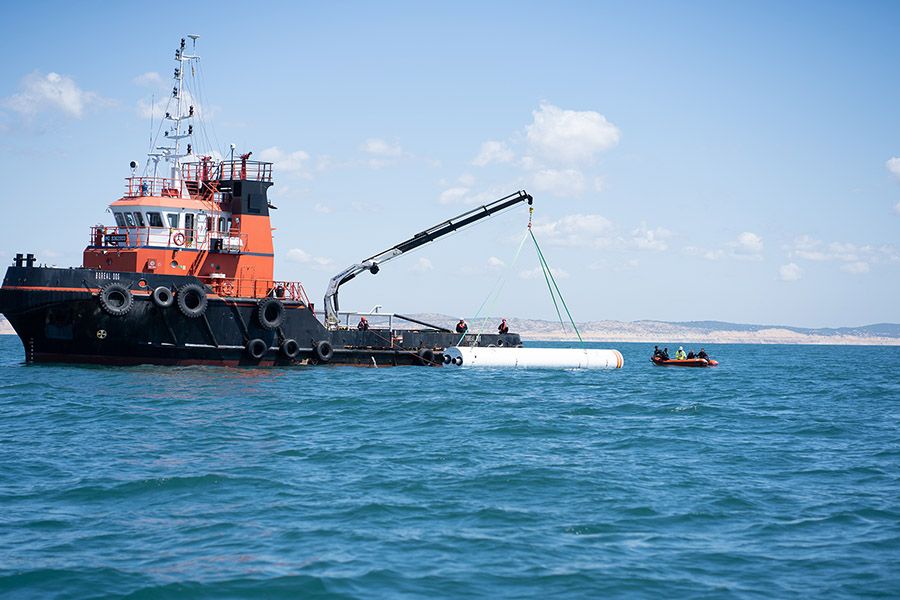 The enormous potential and commitment of the PLD Space team, which has managed to make history in Europe

Thursday, 11th of April, 2019. Today, PLD Space has taken an important step forward in their attempt to develop a European reusable launcher. This morning, the recovery drop test of the first stage of the MIURA 5 rocket was carried out from El Arenosillo Experimentation Center (CEDEA), of INTA (Instituto Nacional de Técnica Aeroespacial). This operation, an essential part of the campaign to develop future launchers (FLPP) of the European Space Agency (ESA), serves the purpose of validating the recovery system of MIURA 5- PLD Space’s first private reusable orbital launcher. The drop test has been carried out successfully on April 11, 2019, which places PLD Space in a good position for the further development of this reusable orbital launcher that will allow space access services for small satellites.

This test was carried out by the Transport Helicopter Battalion V (Bheltra V), of the Aeromobile Forces of the Army. They released the demonstrator from a height of 5 km, using a Chinook CH-47 helicopter. In the first attempt, an electric problem caused the cancelation of the mission and, after repairing it, test started again. The demonstrator, 15 m long and 1.4 m in diameter, fell within a controlled area of ​​the Atlantic, located 6 km from the coast of Huelva, part of a segregated space controlled by INTA.

In carefully timed sequence controlled by the electronic systems on-board, a series of three parachutes were ejected to decelerate the demonstrator, until its splashdown in the Atlantic Ocean at a speed of about 10 meters per second.

The demonstrator has been returned to the port of Mazagón after its successful recovery and will be transported back to the headquarters of PLD Space, in Elche, for further analysis.

The FLPP-LPSR project has been funded by the European Space Agency (ESA) with the support of the Center for Industrial Technological Development (CDTI). CEDEA’ s coordination has been essential to achieve the operation success.

This project was complicated and required tremendous organization. Achieving these highlights, the enormous potential and commitment of the PLD Space team, which has managed to make history in Europe with this project for the European Space Agency. PLD Space is proud to say that with their help, and the commitment of the entire company, the development of a European reusable space launcher is one step closer. Without a doubt, this project’s success is due to the support that PLD Space has received from ESA, CDTI, INTA and the Army (Ejército de Tierra), not to mention the coordination of companies and other organizations that have participated in the project, such as Tecnalia, Airborne Systems North America, Sensonor, Solycal, Nomasa, Itecam, Mecanizados especiales, Talleres Blasco, Sertrain, STS, Helibasket, CadaMadrid, the University of Alicante and Integral Risk Global.